Kawarau Bridge is the world’s first bungy site. Bungy jumping came from the ancient tradition of “land diving” by the Vanuatu people in the Pacific. It began commercially available in 1988 by A.J. Hackett, and is said to have given birth to New Zealand’s “adventure tourism.” 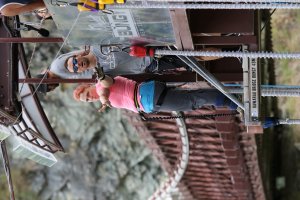 I went first. That brave face is a lie. I took me a good 5 minutes before I could be convinced to what amounted to, at best, a lean forward into the void. 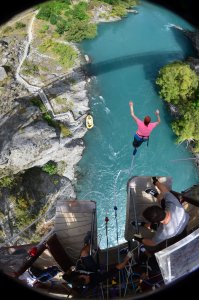 Do you see that crap? That is wicked far down…43 meters. 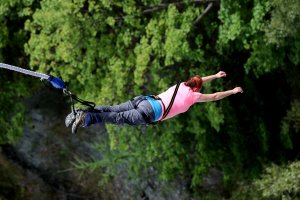 Looks like I’m enjoying it, right? They are good at their photography.

Kevin did much better. He was cool, calm, and ready. 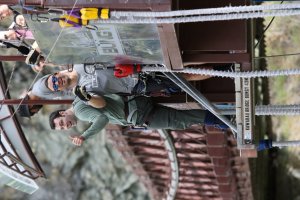 Although, he did do a magnificent yell as he toppled over the edge. 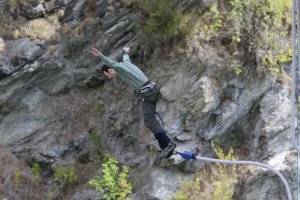 I can fly high as an eagle… 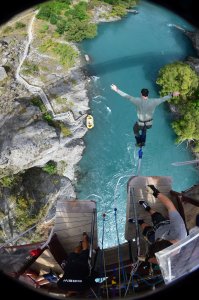 And I can’t figure out how to flip those pictures on their side. The photo editor is not letting me select the flip tool. Whatever. You get the idea.